To marketers, asking them to make a choice between Facebook and Twitter is like asking a mobile phone fanatic to choose between Samsung and apple. You will never gather a true statistic from those chosen.

This may not necessarily come down to which site may be better, it comes down to which site fits your needs and how you use these sites to your advantage.
Twitter and Facebook are the so called grandfathers of social networking- more established than other apps such as google+ and Instagram. For a while now we have seen countless social networking sites go down the hole, from Piczo to Bebo.

But both Facebook and Twitter have solidified their place in the top ranks for social networking. Want to know why? Well it all comes down to their ability to constantly update and keep on top of the trends and what their users desire from their app. They manage to push the whole concept of social networking to cater for both individual consumers and marketers.

But the query still remains, which site is better for marketers to push their product on?

As you can imagine it is basically impossible for any networking site to go up against Facebook when it comes to the amount of users their service has. However that does not mean you can completely write off Twitter.

Twitter on the other hand:
• 316 million users throughout the month
• Of which 80% use mobiles
• 77% of users are outside of the United States
• Although they do not have as many users the consumers manage to send out a massive 500 million tweets per day

But don’t fret, where Twitter is lacking in users, they make up for in a number of areas which can prove to be very profitable for business. One example of this is that almost half of Twitters users follow brands or organisations ranging from big names like Manchester United to Tesco’s – other networking sites only average around 16%.

The reason for this comes down to how the consumer uses Twitter compared to how they may use Facebook. If it was purely down to numbers, Facebook would take the crown but there are many more important factors to think about.

For any company that is attempting to get started on marketing through social media, Facebook is usually the first site they would go to, due to volume of Facebook users. But despite this, you may be shocked to know that although Facebook holds a larger audience, people spend more time on Twitter.

This is why it is essential to know what type of audience a site brings in, so you are able to use this to your advantage.

You may be surprised to know that for a long time now the average age of a Facebook user has risen; it has slowly swayed toward the older demographic of 50 years onwards. There are many different reasons for this but I believe it comes down to the younger generation moving with the times (the latest trend) but this doesn’t mean there are not any young people on Facebook.

It is vital that you, as a social marketer do your research, get to grips with both of these tools and assess your target audience. Use this information to decide which networking, social giant will do the best job for your business. For each and every 1 million Twitter followers comes 300 individual interactions. Facebook on the other hand brings 700 interactions. That is a big difference, but there are reasons for this.

The content you upload to Twitter has a shorter lifespan that the content you would post to Facebook. This is because the tweets you send have a shorter life span as they are wiped from your wall (your stream) very quickly. As a result of this some brands have to tweet the same thing maybe 3-5 times a day just to promote it in high volume.

With Facebook on the other hand you are able to post something a handful of times in a week and still stay relevant, and that is without you boosting your posts.

However if you are a small to medium sized business or are in a very competitive industry where your challengers are active on Twitter, then sending out more tweets could really work in your favour.

Facebook is usually used to communicate between family and friends, which is why you would typically see a Facebook post being shared a lot more with hundreds of comments and different conversations going on within comments.

While on Twitter, conversations usually take place though direct messages. As I have mentioned before, people tend to use Twitter to see what is happening, while it is happening – they constantly go from live tweets back to their feed to check for any updates on what they are reading.

For social media marketers, Twitter brings a more positive environment as people use Twitter as their primary source to see what is happening and to discover new content either from people they do know or may not know. However with this, comes a setback, there is a lot of content you will have to compete with.

Twitter managed to purchase something which brought a completely new element to the social networking world, a streaming feature called Periscope.

To be honest, both networking sites make it pretty simple to both create and keep on top of your campaigns, Facebook lead the way with social media advertising, this is because it enables you to target your adverts better than any of the other social media sites on the market at this current moment in time. However this feature is yet to grow on Twitter.

To summarise both of these social networking giants can be very profitable, depending on how you use them, test both of them and make sure to measure your findings to get the best of both worlds. India and Facebook – A Meeting With Mileage
Read More
110 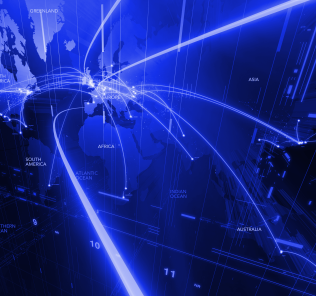 4 Steps To Being A Better Communicator
Next