If you’re interested in who is going to win the Eurovision Song Contest, you’ll want to see these insights from Google and Bing

The Eurovision Song Contest is always a hot topic for debate, and this year’s is no exception. Facebook, Twitter, Buzzfeed, and other social media sites are all humming with predictions of who is going to win.

With the stream of user information that is constantly flowing through each site, search engines like Google and Bing are able to gain an insight into which Country is doing the best and likely to the win the contest.

Bing have stated that according to “all available indicators” that Sweden’s Måns Zelmerlöw is most likely to win with a 17.1% chance (as of today). Bing have been regularly updating their predictions in their knowledge graph:

Previously Bing had on the 18th announced that Italy’s Il Volo was their favourite to win, but have seen an apparent trend in popularity shifting towards Måns Zelmerlöw.

Google haven’t made any official predictions, but their Google trends gives an insight into which contestant is the most popular according to searches. As each country searches most for its own contestant, we have chosen to look at the second most Googled contestant for each country:

Second Most Googled Act in Each Country

If people’s search patterns are an indication of their voting intentions, then Google’s search data is in direct contradiction with Bing’s predictions.

According to the data the artist that is searched for the most is Spain’s Edurne, who is predicted by Bing to have only a 4.5% chance of victory.

Second on the list is Estonia’s Elina Born & Stig Rästa, who currently have a 4.7% chance of winning according to Bing.

Most interesting of all is that Sweden’s Måns Zelmerlöw is not even ranked in the top eight most searched artists from the contest.

It is even more interesting that Måns Zelmerlöw is not only Bing’s pick to win, but he is also the bookies’ favourite.

As can be seen from the chart of bookies’ picks below, Sweden is predicted to win: The bookie’s predictions match up quite well with Bing’s, with the main differences being that Bring ranked Italy’s Il Volo above Russia’s Polina Gagarina, and that while the Bookies rank Belgium’s Loïc Nottet as being the 4th most likely to win, Bing give him only a 0.6% of being victorious.

So Who Do We Think Will Win Eurovision?

With all of the competing predictions, who’s tip should we take?

Google’s search data gives an amazing insight into which contestants users are most interested in, but as searches are not equal to votes they aren’t the best indicator of who will win Eurovision.

Bookmakers, make their living by correctly setting their odds, but their odds do not exactly reflect their statistical expectations of who will win, and are set up to promote betting. Therefore although the odds that they have set are interesting to look at, they are not the representation of who will win.

Bing have shown a track record being able to correctly predict a range of outcomes, from the results of sports like the NFL, to the winner of competitions like The Voice, and elections like the . Bing makes use of search data, social media, and data it pulls from other websites to form its decisions, which appears to allow for extremely consistent, and accurate predicts.

Thus, based on Bing’s prediction we believe Sweden’s Måns Zelmerlöw will win Eurovision. 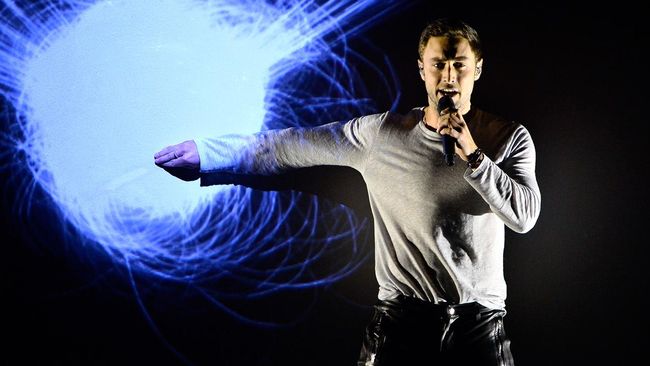 Don’t agree? Let us know who you think will win Eurovision?

Ben Wittams-Smith
Ben Wittams-Smith is a content writer for Just SEO and the Company Director of JSEO LTD. As a specialist in SEO, SEM and digital marketing, Ben regularly contributes content and provides analytic insight in these areas.
You might also like
Case StudiesSEOSocial Media
MORE
Read More
166 TRUMPED: how to win an election in 140 characters or fewer
Read More
131 YouTube Live VR: Bringing the Outside Inside
Comments
Leave a response

Googlebomb Fix – The Solution to Racist Listing in Google Maps
Next