A leaked report from the Federal Trade Commission (FTC) appears to label Google as a monopoly, which is in direct contradiction with the decision that was made not to pursue legal action against Google. In the early part of 2013 the FTC closed its antitrust investigation into Google, while making demands for only very minor changes Google’s practices.

It seems that some individuals within the FTC believed that stronger action against Google was necessary, but that their voices were not quite heard until now. The leaked 160 page report has been referred to in a Wall Street Journal (WSJ), which speculates that the report was disclosed mistakenly in response to a Freedom of Information request.

The report came from the FTC’s Bureau of Competition and was taken into consideration by FTC Commissioners when voting whether or not to bring legal action against Google. The report concluded that Google had abused its position in the market: “[Google’s] conduct has resulted—and will result—in real harm to consumers and to innovation in the online search and advertising markets.”

“[the] evidence paints a complex portrait of a company working toward an overall goal of maintaining its market share by providing the best user experience, while simultaneously engaging in tactics that resulted in harm to many vertical competitors, and likely helped to entrench Google’s monopoly power over search and search advertising.”

Apparently it had been a “close call” as to whether or not the FTC would take legal action against Google. The FTC may have also been influenced to some degree by the U.S.’s litigation in the past against Microsoft, which had been a Pyrrhic victory for the U.S. One incident cited within the report relates to a complaint by Yelp that Google was using their content on some of its pages without having consent. Google proceeded to threaten to remove Yelp entirely from the search engine results.

As a result of incidents like this, the FTC had Google formally agree not to use similar threats against competitors in the future in the 2013 settlement: “More choice for websites: Websites can already opt out of Google Search, and they can now remove content (for example reviews) from specialized search results pages, such as local, travel and shopping!

The Wall Street Journal has also revealed that Google had in 2012 estimated its own market share to be in the region of 69 to 84 percent, while at that time comScore had reported that it was closer to 65 percent.

The leaking of this report may increase tension regarding Google in the European government, and may influence the direction of the continuing anti-trust investigation into Google. There will likely be statements with regard to the leaked report within the coming days.

In response to the FTC’s leaked report, Kent Walker from Google’s General Counsel stated to the Wall Street Journal that: “After an exhaustive 19-month review, covering nine million pages of documents and many hours of testimony, the FTC staff and all five FTC Commissioners agreed that there was no need to take action on how we rank and display search results.”

Ben Wittams-Smith
Ben Wittams-Smith is a content writer for Just SEO and the Company Director of JSEO LTD. As a specialist in SEO, SEM and digital marketing, Ben regularly contributes content and provides analytic insight in these areas.
You might also like
googleBusinessGoogle Updates
MORE
Read More
166 Google Adwords Redesign to be Unveiled in May
Read More
111 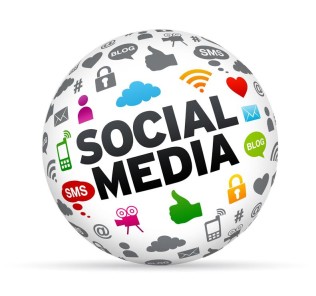